Estás en... Discover the city / The Way of Saint James

THE ORIGINS OF THE WAY OF SAINT JAMES

In the year 44 AD, the Apostle James, a follower of Jesus, was martyrised and beheaded in Jerusalem by order of King Herod. From this historic date onwards, the lack of information has been replaced by a deep-rooted tradition that defends how the disciples of James took his body from Palestine to the Iberian Peninsula, where the Holy Apostle was supposed to have preached. The disciples of James buried the body of their master here, in a place the location of which was lost during centuries and that is now identified with Santiago de Compostela.

The relics of two martyrs executed in Calahorra (La Rioja) in the 8th century came to Sancti Emeterio during the persecutions against Christians decreed by the Emperor Diocletian in the 3rd century. They were two brothers, soldiers in the Roman army, Emeterio and Celedonio, beheaded for their faith, whose heads were taken to Portus Victoriae five hundred years after their deaths for safekeeping due to the advance of the Muslims across the Spanish Mainland.

From that time onwards, the remains of these martyrs were venerated in the new Abbey of the Bodies of the Saints (Abadía de los Cuerpos Santos), founded by Alfonso II, “the Chaste” on the site of the previous monastery. The medieval village became the destination of pilgrims in the context of the discovery of James’ tomb, which had to be put within the routes that started to appear to reach Compostela.

THE WAY OF SAINT JAMES PASSING THROUGH SANTANDER.

Traditionally, there have been two routes to enter the town (now the city), of Santander, either using the way of Saint James crossing the bay, from Pedreña or Somo or going round the stretch of sea, either through the towns of Astillero and Camargo, or taking a longer route to also avoid the Soía estuary by Villaescuas. If we choose the latter option, there are several testimonies that attest to the antiquity of the Camino de la Costa close to Santander. 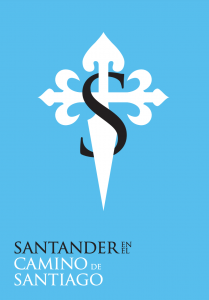 Santander On The Way of Saint James
DOWNLOAD PDF