The history of Santander dates back to the 1st century of our era, the date taken from the Roman archaeological remains found in the city. However, many historians take it back to the year 26 B.C. when, during the Cantabrian Wars against Rome, the Emperor August wanted to leave a record of his wish for victory over the Cantabrians at the Portus Victoriae (Victory Gate).

The first documentary trace of Santander appears in the privilege granted by Sancho II to the monastery of San Emeterius in 1068, the Latin name of which, Sancti Emeterii, seems to be the origin of the current name of the city.

Later on, Santander was established as a ‘villa de abadengo’ (feudal town) and in 1187, Alphonse VIII granted it a charter. Santander also formed part of the Four Towns of the Sea, along with San Vicente, Laredo and Castro Urdiales and their shipyards built the ships that supplied the Kingdom of Castille’s fleet. One of the Santander navy’s most outstanding victories was the taking of Seville in 1248.

In the 13th century, the town of Santander was already focused around two nucleus: the Puebla Vieja (Old Town), in which the castle and the Abbey –Collegiate (currently the area around the Cathedral and Calle Alta) stood out and the Puebla Nueva (New Town) (the area comprised of the streets Santa Clara and San Francisco), both joined by a bridge and between them the building of the Atarazanas was located. However, its expansion would see a serious drawback: a plague epidemic devastated the city in 1497. For years, Santander suffered the effects of depopulation and plague. Fortunately, the opening of the Reinosa Way in 1753 saw the start of an important trade in wool and flour from Castille, particularly from 1765 onwards, when the port of Santander was authorised to trade with the American colonies. Parallel to this, the town experienced an institutional transformation: in 1754 it was selected as the head of the Santander diocese and in 1755, King Ferdinand VI granted it the title of city. From this time onwards, Santander began to shine as a leader over the rest of the regional space, becoming the capital of the region in 1801 with the creation of the Maritime Province of Santander.

The 19th century was when the real urban expansion of Santander occurred. Although at the beginning of the century the city was invaded by Napoleonic troops, along with epidemics and colonial crises, this progress did not stop. The boom in the flour trade, alongside the importing of colonial produce, encouraged the establishment of the railway between Alar del Rey and Santander. The port of Santander had so much traffic that it was even referred to as the Liverpool of Spain. However, this expansion was brought to an abrupt end with the explosion in the docks of the Cabo Machichaco ship in 1893, causing 500 deaths and thousands of wounded.

In the last third of the 19th century, the city began shaping up as a destination for tourism and leisure, coinciding with the promotion of ‘Baños de Ola’ or Sea Bathing, thanks to the therapeutic properties. 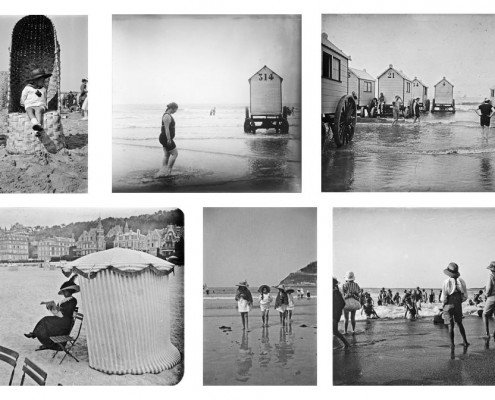 In the summer of 1861, Queen Isabel II decided to spend a few days on the beaches of El Sardinero and in gratitude, the City Hall gifted her the property “Alfonsina” with the idea that she might establish her summer residence in Santander. However, this project did not go forward for political reasons, but was taken up again Alphonse XIII. Therefore, the city gave the monarch the land on the Magdalena Peninsula and the palace of the same name, the work on which was finished in 1912 and the following year the Royal Family started spending their summers there until 1930. The building of this palace promoted the edification of some of the most emblematic buildings such as the Gran Casino, opened in 1916, the Hotel Real, also opened in the same year or the Bellavista Hippodrome in 1917.

In 1932 the Summer University was established, which is now today’s Universidad Internacional Menéndez Pelayo (UIMP).

During the first summers many courses were organised covering the most important subjects of the time, as well as courses on Spanish language and literature for foreigners. Little by little, the university experienced an exponential growth that made it necessary to create a university campus. Therefore, different buildings were constructed on Las Llamas with classrooms dedicated to teaching and a hall of residence for foreign students.

Later on, in 1941, the people of Santander had to face up to a fire that devastated the Cantabrian city, leaving it virtually reduced to ashes.

It was one of the greatest disasters suffered by Santander throughout its history. It started on the 15th of February and in less than 48 hours it had razed the historic centre of the city. Thanks to the work and efforts made by all the people of Santander, the flames were controlled and Santander was turned into the city it is today, the bride of the sea.

Another prominent date is 1983, the year when Santander officially became the capital city of Cantabria, which was established as an Autonomous Community in the same year.

At present, Santander is experiencing a moment of change and evolution thanks to the creation of new projects such as the Botin Centre, a cultural space promoted by the private sector, opened on the 23rd of June, 2017, or the Cultural Ring  in the city centre that joins up the main cultural points of the city.

Also, in July, 2021, the ENAIRE collection of contemporary art was inaugurated in the Naves de Gamazo and in the near future, the MUPAC will move to its new premises in Puerto Chico.

In this way, the Cantabrian capital city has managed to reinvent itself and become transformed into a city that is highly attractive not only for tourism, but also commercially and administratively, ranking as one of the most important centres for culture and leisure on the Cantabrian Coast.